Last weekend saw another sucessful working bee at the Waimak Practice area which is fast becoming known as "Delis Park". Paul has been busy again and had arranged about ninety (thats right 90) truckloads of soil to be delivered. Then to cap off that little effort he managed to talk himself into the loan of a front end loader for the day! Now when he called to say he had borrowed a front end loader I didn't actually expect it to be so big, but what a machine and boy did he shift some dirt with it. At the end of the day Paul, his frontend loader and about 10 helpers had "fined tuned" a few of the existing obstacles and created a few new ones. With the empasis on creating things for the Clubbies as well as the Experts we moved around a few of the big concrete chunks and packed around them with dirt filling in some of the holes and generally making them a bit more forgiving on rider and machine. The large pipes were spread slightly to make them a bit more ridable for us lesser riders and we piled dirt up on each side to give us somewhere to land when it all goes wrong. The big hill was remodelled and enlarged and Paul tells me he has organised another huge pile of dirt to be delivered to site so we can make it even bigger. One of the last things created was a rectangle made from concrete poles spread out along the ground. The idea is to fill this with river stones to make an area for practicing tight turns in loose gravel, so everyone riding there is expected to "pay" for the priviledge by carrying 10 stones in and putting them in there. It will be fill in no time.

All in all "Delis Park" is really beginning to take shape and there is now something for everyone. If you haven't been there yet for a ride then you're missing out.

A huge thank you to Clemence Drilling for the use of the Frontend loader without that we wouldn't have acheived much at all. And of course another big thanks to Paul for all his work on our behalf scounging up things for free. Without Pauls efforts all we would have is an empty paddock with a bit of a dirt pile. 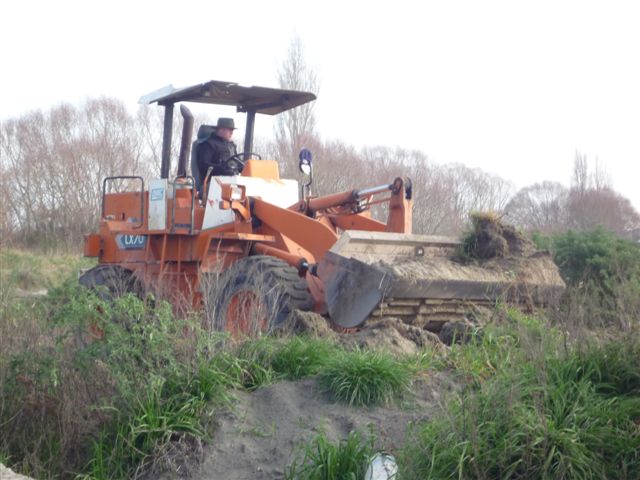 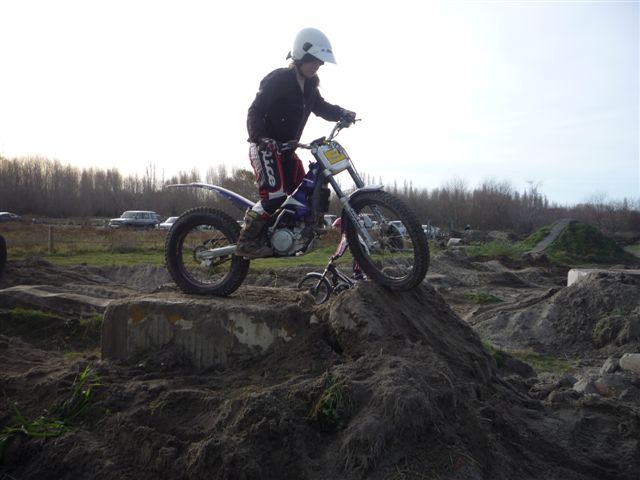 Stef tries out our handy work.

More pictures on the gallery page.