With funding from the "Pub Charity" this weekend event  was a great success. No Mick Andrews this year due to his mum being unwell. Thankfully, top Expert Karl Clark stepped in to give us all an excellent weekend of training.

The weekend started on Friday afternoon for some, with lessons at the Waimak’ training ground (aka Delis Park).Karl demonstrated how to climb a vertical obstacle and arrive at the top with the front wheel pointing skyward and then ride off landing on the rear wheel.By the end of the day we were all doing it – OK I am joking, but at least we understand the technique and can go away to “practice, practice, practice”.

Saturday’s training was held at Living Springs Camp. There were some new faces trying trials for the first time. It was good to see some very capable riding from a couple of the newcomers, keeping their feet  up as they rode down the rocky creek.  Karl put in a big effort helping everyone with their riding techniques. Watching Karl I could see that balance is everything at his level as most techniques just cannot be successful while wobbling excessively (everyone else).

Sunday’s event was held at Omihi, the inaugural “Great Canterbury Trail and Trial ride". The trail/trial concept enabled some newcomers to enjoy a trail ride and also watch the experienced competitors riding the various lines within the trials sections. Fifteen sections in total were grouped together in lots of four or five followed by a short trail ride between groups of sections.  The trail was an easy ride over grassy paddocks. I didn’t get lost, which means it was marked out very well. Two laps were required to complete the event and then back to Peter McDonald’s fine sausage sizzle.

A big thanks to Shirley, Brent and Stef, as this was no easy Trial to set out. As usual from this team, the sections were flowing and at a most suitable difficulty level.

The side-chair duo of Andy and Kendal put on a spectacular forward roll with double twist down a bank after rounding a tree on section two. I noticed that Kendal knows how to abort and land well clear of the metal monster that was pounding Andy into the ground. But we all know Andy can take it.

Mick Andrews had kindly donated one of his  trophies that he previously won in a Pre-65 event, saying to give it  to a rider  who "performed outstanding on the day". When Paul J. decided he was "outstanding" we all decided to keep it for the summer series final result. Paul did take the opportunity to drink a little lemonade from the cup in a most non Mick Andrews way.  An action packed weekend of motorcycling, what could be better?

The club would like to thank the Pub Charity who kindly donated  funding allowing for this event to take place providing an introduction and training for both new and regular riders. 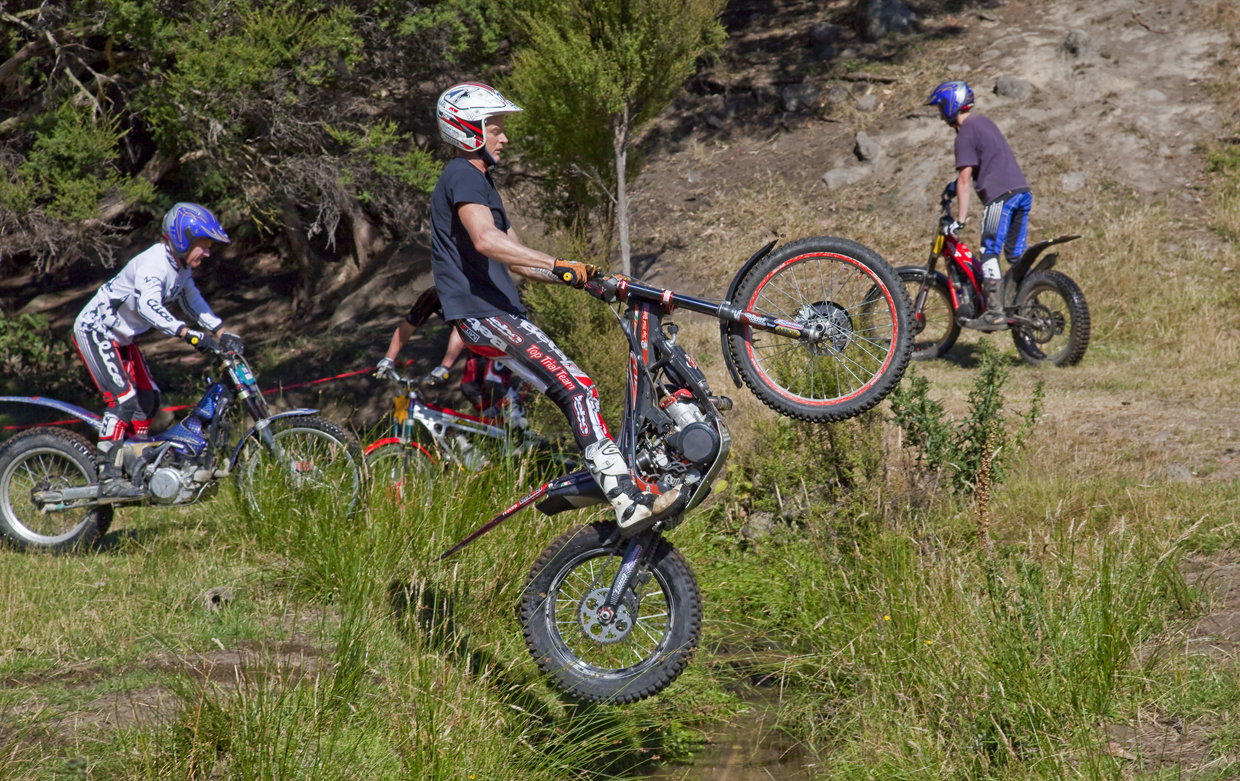