JULY 3, 2012: Title hopefuls will need to step it up this weekend if they are to have any hope of stealing away with glory in this year’s North Island Moto Trials Championships.

The eight-round series kicked off with rounds one and two in Taranaki in February, followed by rounds three and four in the Bay of Plenty in April, and, with rounds five and six set for the Wellington region this weekend, now would be an ideal time for riders with aspiration to find form.

Multi-time national champion Jake Whitaker, of Wellington, was by far the dominant rider at the opening four rounds and the runaway Expert Grade leader at the series’ halfway point.

The prime requisites for the sport of Moto Trials is balance and throttle control and even riders at the bottom of the rankings exhibit scintillating skills in this regard … it’s just that Kiwi international Whitaker is astoundingly good.

Day one on Saturday is scheduled for Maungatukutuku Valley, on the eastern side of Paraparaumu, signposted from Valley Road, while day two on Sunday is set for farmland on State Highway 58.

Riders can expect slippery tree roots, rocks and creek beds to deal with one day one.

“The creeks won’t be too deep, about ankle depth only,” said organiser Kevin Tither. “But it will be very slippery, particularly where the course sends riders under the canopy of trees where there will be moss on the rocks. It should be a great day for spectators.

“Day two is on farmland with creeks of varying depth. It will be quite gnarly in places and there are lots of steep banks. It will probably be very cold this weekend too and that may have an impact.”

Lower Hutt’s Carl Robson was top rider in the A Grade during the first half of the series this year and he will again be expected to lead the way this weekend, although Nelson’s Callum Anderson, Hawke’s Bay’s Mark Ferguson and Te Kauwhata’s Corey Davies should be a threat.

It is the battle of youth versus experience in the Intermediate Grade where Ashhurst veteran Kevin Pinfold faces a stern challenge from young Auckland rider Liam Draper.

Waihi’s Gary Samson is the defending champion in the Intermediate Grade and he has his work cut out to push for glory, battling alongside Auckland’s James Snowden, Auckland’s Peter Boettcher, Te Puke’s Peter Blaymires and young Te Puke rider Benjamin McLeod.

Rangiora’s Paul Jackson and Tauranga’s Warwick Merriman have been the feature riders in the Presidents’ Grade and they can probably expect trouble this weekend from Te Puke’s Paul McLeod, Blenheim’s Brendon Wadsworth and Paraparaumu pair John Lawton and Kevin Tither, who should both be comfortable on home turf.

With this branch of motorcycling sport, the emphasis is not on speed. The prime aim is on conquering the extreme terrain without touching feet on the ground or falling off. Points are lost for these “faults” and a rider with the lowest score wins.

The final two rounds of the series are set for Hawke’s Bay on August 25-26. 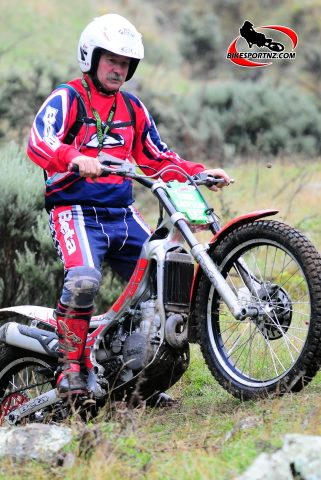 PARAPARAUMU TO HOST ROUNDS FIVE AND SIX OF N.I. CHAMPS
Scroll to top